The Alpine and subalpine ecosystems of the Australian Alps national parks are unique. Climate, landforms and soils vary as altitude increases and so create a variety of environments where different plants grow together in communities. These in turn provide habitats for a wide range of wildlife.
For Australians, the area is unique and highly valued for its environmental, cultural, historic and recreational significance.

Conservation in the alps

Nature conservation is now recognised by governments as the most important land use for the Australian Alps. It is accepted that in order to do the best for the environment, the land should be managed jointly as one biogeographical region, regardless of whether land crosses different State and Territory borders. More information can be found in the Australian Alps education kit and in our research and reports publications. 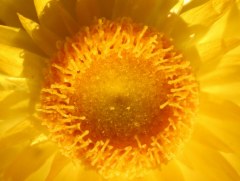 The diversity of vegetation in the Australian Alps provides habitats for a wide range of animals. Many of these plants and animals are found nowhere else in the world.
Read more

The Australian alps were formed differently to the European Alps and the Himalayas.  They weren’t formed by two continents colliding into eachother – but by the splitting apart of one gigantic continent.
Read more

Fires have been a natural part of the landscape in south-eastern Australia, including the Australian Alps, for thousands of years. Many plants in the alps have evolved to live with fire and some have even developed special adaptations in response to fire.
Read more

It may appear undetectable to some, but a steadily warming climate is already changing, and will continue to change, many of the things that we value and take for granted in the Alps.
Read more